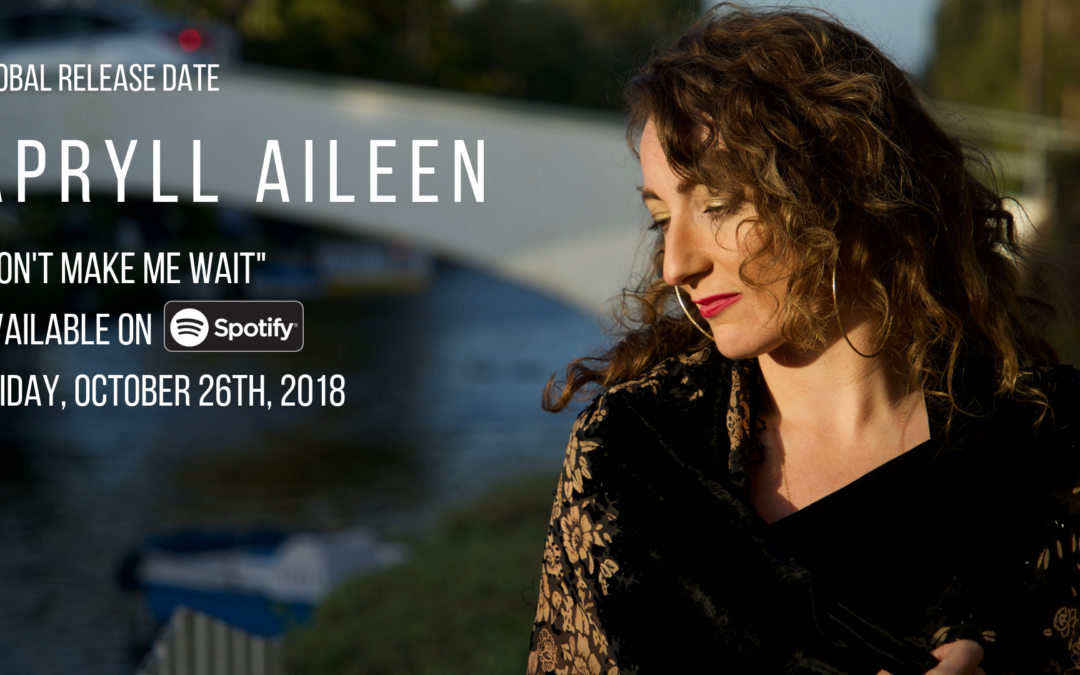 Apryll Aileen is returning to New Brunswick to kick off her upcoming tour to launch her new single “Don’t Make Me Wait”. Pre-save the single now to your library!

Her sultry vocals, captivating lyrics and alluring stage presence make Apryll a fan favourite at music festivals worldwide. Aileen transcends genres, creating her own undefinable sound with influences coming from pop, rock, blues and jazz. She doesn’t imitate – she creates. A hybrid of two polarities, she blends melodic songwriting and raspy vocal tones from modern artists such as Ellie Goulding and Halsey but performs with intensity, dynamic range and vocal gravel that Stevie Nicks and Janis Joplin would be proud of.

She does it all from behind a piano but sometimes you may see her bring out a guitar, a synth or maybe even a keytar, if the mood strikes.

When Aileen writes songs, she thinks of the collective and voices what others feel but can’t express. With soulful vocals, hooky melodies and raw emotion, her songwriting is inspired by real life events. From pain, to finding inner strength through love, her songs take the listener on a journey through their own inner landscape of being.

This includes her new single, “Don’t Make Me Wait” (Oct 2018), a modern-day blend of the 80s and 90s. Written in Venice Beach, California by Perry Rod and Apryll Aileen and produced by Marty Rod, the song shares an upbeat story of being ready for love.

“This song is about the importance of being present and realizing that time isn’t infinite,” explains Aileen. “It’s about taking risks and not waiting to start that adventure with someone. I’m sure we’ve all been on the fence before with regards to jumping into love, wondering if we should go for it or not. This song is about being ready to take that chance and dive in with both feet.”

In 2017, Aileen was nominated as “Pop Artist of the Year” for the Music NB Awards following the release of her debut album, Savannah Soul (2016), and was also a recipient of the YWCA Women of Distinction Award for Arts, Culture & Design. Her debut single, “Hey Sugar” (2016), received cross-Canada airplay and made it to CBC Searchlight’s (annual competition for Canada’s next undiscovered talent), top-25 nationally.

In 2016 and 2017, Aileen had several sync placements in the TV shows “The Next Step” and “Lost & Found Music Studios” (The Family Channel & BBC Worldwide), for her songs “Great Expectations”, “Now is Our Time”, “Keep Me Hangin’”, “Can’t Buy Fame” and “Faith”. Her song “Butterflies” earned the title track on the multiple award-winning film “Butterflies” in 2014 by Emmy® Award-Winning Director Cayman Grant (Oxygen Best Female Director Award, participant in the prestigious NBC/Universal Emerging Directors TV Program, etc.).

Aileen spends most of her time performing and writing music between the quiet solitude of New Brunswick in Atlantic Canada and the hustle and bustle of downtown Toronto. When she is not in either, she is usually found on the Venice Beach boardwalk, SoCal style, where her boho spirit and love for the sun and ocean connect.

She is currently recording her second album, Home, which will be released in spring/summer 2019.