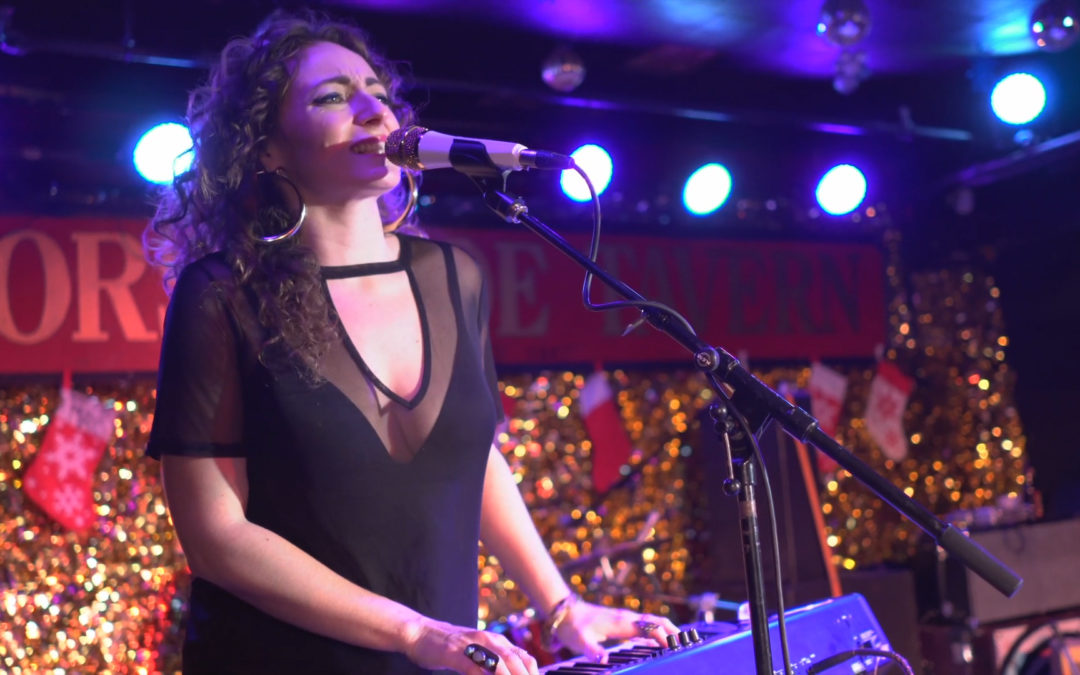 ‘Don’t Make Me Wait” Live From The Horseshoe in Toronto, Ontario!

When I received an opportunity to play at the legendary Horseshoe Tavern in Toronto, I jumped at the chance. I was so excited to play this show…driving the long 16 hour drive from New Brunswick to Toronto in my eyes, was totally worth it. Do you know who has played at the Horseshoe Tavern??

The Police, The Rolling Stones; Canada’s own The Tragically Hip and Our Lady Peace also got their start playing at this iconic venue. It’s also boasted the likes of Death Cab for Cutie, Blue Rodeo and Bryan Adams.

I remembered this awesome guitarist Sean MacLean – I had met him in Toronto and enjoyed his vibe. His band in Toronto is called Waves That Stray. I convinced him to join me on stage, and through the help of the crew at Coalition Studios and Canada’s Music Incubator, a drummer was found. And let me tell you – he doesn’t miss a beat! His name is Justin Han.

Well the plan seemed fool proof except for one thing – we had never met before or played music together. I could only get into Toronto on Monday which meant that we only had time to meet in person and rehearse the day before we had to play the show.

Somewhere along the way of the 16 hour trip, I ended up catching a flu bug. Let’s just say the drive from Montreal to Toronto, felt like the longest solo road trip I’ve ever taken in my life. I drove from Los Angeles to New Orleans by myself once, so this says something.

I was still in fever sweats during the whole rehearsal and feared that even trying to sing the basic melody of my songs would jeopardize my vocals for the next night – the show. Which meant, sadly, that the guys had to rehearse for the first time with a singer that could barely talk, let alone sing.

I prayed and prayed Monday night that I would be able to sing on Tuesday for the show. After all, I had invested so much into this and had invited a lot of great industry contacts to the show!

I’ve played shows when I’ve been under the weather but nothing like this before. This flu knocked me out cold.

But with the help of Tylenol Cold and Flu medicine and going over every vocal technique I’ve learned for helping the vocal chords, I somehow made it through the set.

The band was awesome – the crowd that came out was so supportive and I love you all for being there because it truly means a lot! Plus even though it wasn’t my best vocal performance, it was good enough to get asked back to the Horseshoe Tavern to play on a bigger night!

All that to say, that sometimes in life you have to stretch past your limits and do things even when you really don’t want to do them. It would’ve been easier to cancel the show and rest my voice, but in this moment, I decided to keep on pushing.

I hope you keep on pushing yourself to greater limits this year. Without further ado, you can watch us perform the new single “Don’t Make Me Wait” Live from the Horseshoe Tavern here. Let me know what you think of the band!!

Here’s a photo of the band: Justin Han (drums) and Sean MacLean (guitar)

In case you missed it – check out my latest single below:

Save it to your library on Spotify or download it on iTunes: