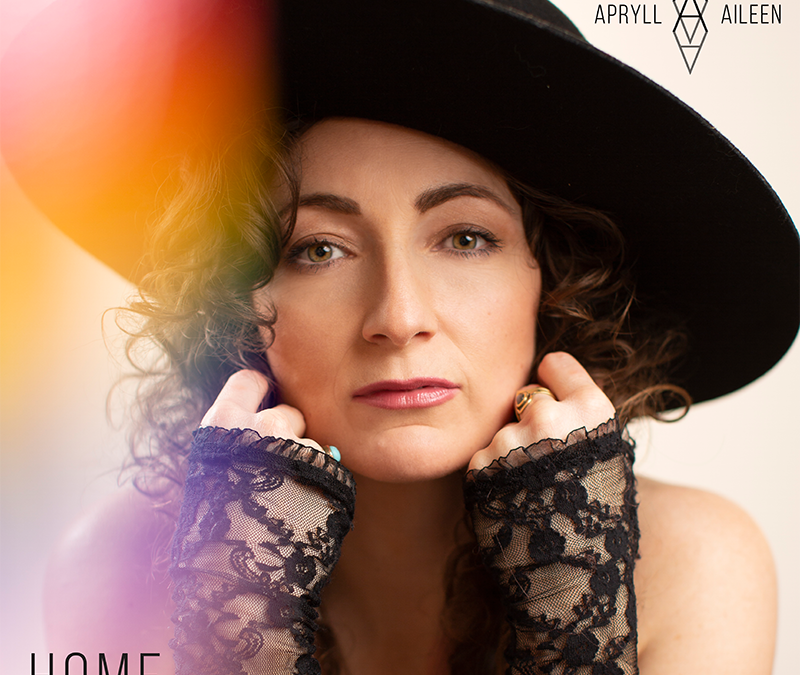 “Aileen breezes from the anthemic straight into these gloriously fun ’90s pop-inspired beats and back again for what might be her greatest track yet.” – The East

Saint John, NB (April 23rd, 2021) – Canadian alternative pop-rock singer-songwriter, Apryll Aileen, is eager to announce the release of her newest single “Home” on Friday, April 23rd. Pulling all elements of her inspirations together for an anthemic, pop r&b sound, paired with her classical pianist background, Aileen’s “Home” shares the story of the powerful self realization that often, our life path takes us on a journey that leads us back home.

The single is the first of many from the upcoming album “Rising Tides”, produced by LVR (Daniel Lafrombe). Daniel was nominated for a Grammy in 2020 for his songwriting with fellow Welsh songwriter Amy Wadge (Ed Sheeran, Camila Cabello) on John Legend’s “A Legendary Christmas” album.

“My journey started when I hopped in my car and drove to Venice Beach, California from Atlantic Canada. The road had many ups and downs, bumps and turns, but if I didn’t have the courage to leave, I wouldn’t have been able to write this song. Inspired by my favorite quote, from Thomas à Kempis: ‘Wherever you go, there you are.’ I truly believe home is a place inside us all. No matter where we are on a map, we can find our spiritual truth within.”

From performing in London, Hollywood, New York, Toronto and more, Aileen is no stranger to the music world. Her band in Los Angeles includes Toshi Yanagi and Jimmy Earl (players for Jimmy Kimmel Live!) and she opened up in Venice Beach, California for a pair of Rock ‘n’ Roll Hall of Famers Steve Ferrone (Tom Petty and The Heartbreakers) and Al Jardine (The Beach Boys). Aileen has shared the stage with Grammy-nominated artist Carmen Vandenberg (from Bones UK), Billboard World Contest songwriting award winner Julia Othmer, Grammy-Award winner Yogi Lonich, and JUNO and CCMA Award winner Ken Greer. She is currently slated to perform two showcases at the 2021 East Coast Music Awards in Sydney, Nova Scotia.

Aileen returned to Southern New Brunswick shortly before the covid pandemic started. It wasn’t until returning home, that she realized the beauty of where she came from. Like many during these times, Aileen has had more time for self reflection and exploring her native province.

Through connecting with nature and the epic coastlines of the Bay of Fundy, boasting the highest tides in the world, Aileen was able to heal her wounds and truly find her voice. Her goal through this new song and music video, is to showcase her homeland and help restore a connection between humans and nature. She believes it is essential not only for our survival, but for our healing.

To celebrate the launch of the new single, Aileen will be joined by international recording artist, Hubert Francis from the Elsipogtog First Nations Reserve in New Brunswick. They will both perform a set each during a live streamed concert presented by Paris Crew, from Sanctuary Theatre, in Uptown Saint John. Hubert’s music shares his humble passion and the message of the Miꞌkmaq people to respect and honor Mother Earth. The Miꞌkmaq are a First Nations people of the Northeastern Woodlands, indigenous to the areas now known as Canada‘s Atlantic Provinces and the Gaspé Peninsula of Quebec as well as the northeastern region of Maine.

Hubert’s most recent song “Unnatural Times”, was written during the pandemic for CBC Music’s “The Story and the Song: Isolation, The Unknown, and Rebirth” and featured in March on CBC Radio One/CBC Listen.

Hubert Francis has toured around the world with his Aboriginal rock band EagleFeather and his last CD “Message From A Drum” received two Juno Award Nominations, East Coast Music Nominations and a Native American Music Award Nomination. Hubert is a cast member of DRUM!, a Brookes Diamond Production based out of Halifax NS. and is also a member of Alan Syliboy’s group “Thundermakers “. He was born and raised in Elsipogtog. Hubert is sometimes described as a Goodwill Ambassador and has been educating and informing the general public about his Indian Culture through his aboriginal rock style music, fusing native chants and contemporary rock sounds. In 2019, Hubert was awarded the 2019 Dr. Helen Creighton Lifetime Achievement Award by the ECMA’s. 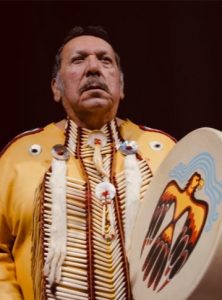 MAY 1 – Fredericton, NB – Ticketed in person event at Grimross Brewery at 8:00p.m. AST (7:00p.m. EST), along with a Side Door Live Stream for people who can not attend.